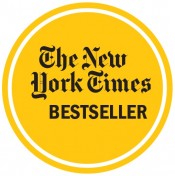 The Nix was the #1 Book of the Year from 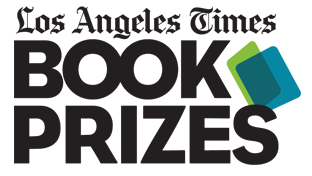 Hill has so much talent to burn that he can pull off just about any style, imagine himself into any person and convincingly portray any place or time. The Nix is hugely entertaining and unfailingly smart, and the author seems incapable of writing a pedestrian sentence or spinning a boring story.

It broke my heart, this book. Time after time. It made me laugh just as often. I loved it on the first page as powerfully as I did on the last.…Nathan Hill? He’s gonna be famous. This is just the start.

Reading “The Nix” was an experience of complete unadulterated pleasure.

This looks to be the debut of an important new writer, able to variously make readers laugh out loud while providing a melancholy, resonant tale.

Not since the 1996 and 1997 double-header of John Updike’s In the Beauty of the Lilies and Philip Roth’s American Pastoral has a novel emerged that presents a more comprehensive and perceptive portrait of the personal and political American psyche than Nathan Hill’s wise, rueful, and scathingly funny début.

What pushes this novel into Great American Novel territory may be its rare audacity in insisting that even amidst all of the anxieties of contemporary times…we remain capable of righting the wrongs of the past, if we have the courage to rediscover one another.

The Nix is the satirical election novel that Trump’s America deserves.

Hill writes with an astonishingly sure hand for a young author. He burrows deep inside the heads of old people and young, soldiers and protesters, men and women.…[He’s] the real thing.

This is a book to get one excited not only about Hill and his future as a novelist, but also about the power of writing to blot out background-noise banality and vault us forward into the new and wondrous.

We’re in the presence of a major new comic novelist.

Not many readers are likely to skip through “The Nix.” After a few pages, they can see that they would miss too much good reading by skimming. Hill’s brilliance shines through every sentence.

The Nix will go down as one of the best debut books of the year.

The Nix is a sprawling novel, but in the best way. It creates a world that, despite its characters’ foibles and imperfections, readers will delight to inhabit.

Ambitious and unendingly funny throughout.

Nathan hill’s sad, funny, endlessly inventive debut feels like exactly the kind of novel Septembers are made for: a big fat cinder block of a book brainy enough to wipe away the last SPF-smeared vestiges of a lazy summer but so immediately engaging, too, that it makes the transition feel like a reward, not homework.

[A] sparkling, sweeping debut novel that takes in a large swath of recent American history and pop culture and turns them on their sides.… A grand entertainment.

[A] rich, lively take on American social conflict, real and invented, over the last half-century.

The Nix is a mother-son psychodrama with ghosts and politics, but it’s also a tragicomedy about anger and sanctimony in America. Even the minor characters go to extremes—among them, a Home Ec teacher from Hell and an unrepentant plagiarist with presidential aspirations. ‘A maestro of being awful,’ the son calls his mom. ‘Every memory is really a scar,’ she tells him. For this mother and son, disappointment is ‘the price of hope’—a cost they will both bear. Nathan Hill is a maestro of being terrific.

—John Irving, author of 14 novels, including The World According to Garp, The Cider House Rules, and Avenue of Mysteries

Nathan Hill’s The Nix is a huge, intimate, funny, beautifully intelligent novel — one of those books that almost seems to be alive:  you open it up and are pulled within, and you live in the heartbeat of its pages, day after day.  This is a lovely, smart, surprising read.

Pay attention. This is what a Great American Novel looks like. The Nix is culturally relevant, politically charged, historically sweeping, sad, full of yearning, sometimes dark but mostly hilarious. Nathan Hill is a literary powerhouse who will deservedly earn many comparisons to John Irving and Jonathan Franzen.

Ix-nay all plans and grab a copy of The Nix! Nathan Hill’s novel is smart, inventive, and fun, as you might expect of a book that features a slew of elves and the 1968 Democratic Convention. I will read it again; I will keep it on my shelf of favorites, feed it sugar water, and hope it miraculously grows longer. Do you understand? The Nix is dead serious and delightful.

Once in a while a novel arrives at the perfect moment to reflect, skewer, and provide context for the world as we know it. This—now—is that novel. A satirical, fast-paced romp through time and space, The Nix is ambitious, wide-ranging, and full of surprises. It gathers force and momentum as it speeds toward the end, where all of its pieces fit together as precisely as a puzzle.